Plan C transforms access to abortion in the US by normalizing the self-directed option of abortion pills by mail.
‍
We envision a world in which the ability to end an early pregnancy is in the hands of those who need it.

Calling for universal access to abortion pills and destigmatizing and normalizing the modern option of a self-managed or at-home abortion, and

Laying the groundwork for over-the-counter access to abortion pills.

“These pills are the moral property of women.”
French Minister of Health, 1988

Our team has been featured in:

Can you get an ‘abortion by mail’ in Missouri or Kansas? Here’s what to know

As Abortion Pills Take Off, Some States Move to Curb Them

Medication Can Be The Simple, Noninvasive Alternative To Surgical Abortion. Conservative Lawmakers Are Trying To Restrict It Now, Too.

Telemedicine Abortion Provider Rebecca Gomperts Gets Abortion Pills Into the Hands of Those Who Need Them: ‘It’s a Privilege’

In Texas, The Return Of Whisper Networks

Animation: The Story of Plan C

America May Soon Be a Land of Abortion Deserts

Getting An Abortion In Buffalo

The war on bodies

For abortion care, physicians may need to step aside to support patients

Online services made medication abortion more available in pandemic, but battles ahead

Research Coordinator with University of Washington

Director of Outreach and Organizing

Plan C is in solidarity with the Black community in the fight for racial justice.

As a predominantly white organization, we recognize that we have been operating under particular values and perspectives. Plan C is committed to continuous reflection, learning, and action to center the needs, voices, and ideas of Black, Indigenous, and all People of Color as we work towards a more equitable society, including reproductive and racial justice for all.

As part of this work, the Plan C Ambassadors of Information program is launching the Equity Advancers Committee. If you are interested in joining this Committee or would like to share your thoughts about our commitments moving forward, please email ambassadors@plancpills.org.

Click the link above to check if our small but mighty team has any current openings (all contract, remote, part-time positions).

This is a heavily-used job board specifically for paid work in Reproductive Justice organizations.

For press and speaking inquiries, email:

Have a question not answered here?

History of the Plan C Campaign

Founded in 2015 and led by Francine Coeytaux, MPH, and Elisa Wells, MPH, Plan C is under the fiscal sponsorship of the National Women’s Health Network, a 501c3 nonprofit organization. 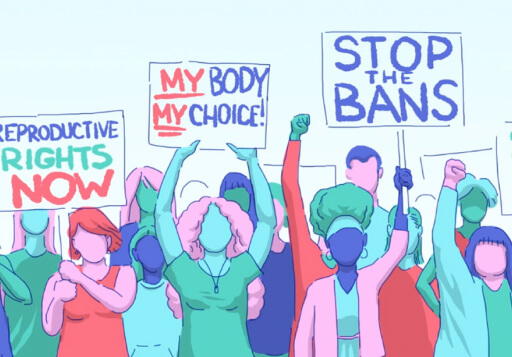 The Story of Plan C

Watch our animated history of the abortion pill.

In the mid 1990s, founders Elisa Wells and Francine Coeytaux were on the team to bring Plan B, the “morning after pill,” over the counter – a long but successful journey catalyzing business, FDA and public goals. (Read From Secret to Shelf, 1999)

In the fall of 2016, right as the administration turned over, we launched a website to share information about online abortion pills and self-managed abortion.

Soon after, we noticed online pharmacies selling “abortion kits.” We researched and tested these pharmacies and published this research as the Plan C Report Card, documenting the sources from which people were clearly finding pills online.

In the next three years, our website grew and the Plan C data and team were featured in major publications worldwide.

In 2018 we laid the groundwork for a study with UCSF to demonstrate online access to abortion pills throughout California. But the FDA refused to approve the study, for the same reason the restrictions remain in place— politics.  Instead, we took our idea to the state of Washington, where a respected clinic ran with it instead.

By now, dozens of websites were selling abortion pills, most from within the United States. This was unprecedented. But still there were so many people reaching out to reproductive health organizations, asking for help in self-managing their abortion--and no US organization was able to step up. So AidAccess.org came online to serve the US from the Netherlands, helping around 1,000 people/month with medically-supported at-home abortion care. By operating from outside the US, they were able to sidestep the politics of abortion for the time being.

By 2019 the Plan C website was receiving upwards of 50,000 hits/month, from all over the US, with over half of those visitors seeking out the Report Card. The work of the Plan C team was featured in major press and led to speaking engagements at events like Essence Festival and the Cycles+Sex Conference (now allbodies.com).

In April 2020, as the global pandemic hit, Plan C sent a call-out to medical providers across the nation, asking them to step up and consider providing telemedicine and pills shipped directly to patients during the pandemic. Hundreds responded to the call. In collaboration with University of Washington, Plan C developed a Toolkit to assist them as they begin to revolutionize access to early abortion across the U.S.

Alongside clinics and startups beginning to serve patients with telemedicine and mailed pills, the medical community fast-tracked the adoption of new “no-test” protocols, opening the door to online abortion care.

In just five years, Plan C has accelerated the demedicalization of medication abortion, changing the narrative and normalizing the method as well as working with partners to catalyze a new era of access and self-care.

“I feel like framing the photograph of these courageous women.”

Unlike the anti-choice zealots who harangue and threaten while seeking to impose their religious beliefs on other women and take away their reproductive autonomy, Ms. Merrill, Coeytaux and Wells are calmly working on a project to help women, particularly the most vulnerable, maintain a Constitutionally guaranteed right. I see no zealots in the photo: only four strong, thoughtful, and compassionate women. They are an inspiration, and I wish them Godspeed in their efforts.”

Susan in Paris, in response to the NY TimeS ArticlE about Plan C 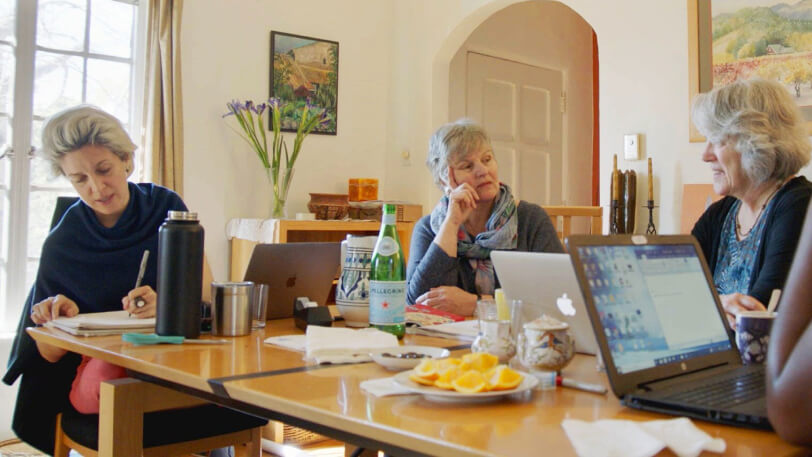