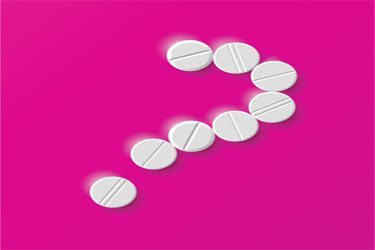 Misoprostol Is a Game-Changer for Safe Abortion and Maternal Health Care. Why Isn’t it More Widely Available?

If we have a cheap and readily available drug that can prevent and treat the two largest causes of maternal mortality worldwide—postpartum hemorrhage and unsafe abortion—why have we not taken more advantage of it?

Misoprostol: Have you heard about this small, inexpensive, and most importantly available pill that can save women’s lives? Pragmatic Brazilian women first discovered the potential of misoprostol (or Cytoteca, in their parlance) in the 1980s. According to the label on this widely used peptic ulcer drug, it was not to be taken during pregnancy as it could induce bleeding. Living in a country with very restrictive policies and little access to safe abortion services, they recognized the opportunity to circumvent the system and, by word of mouth, spread the word to other women about this easily obtainable pill that could help them safely end an unwanted pregnancy.

Thirty years later, women in countries around the world are beginning to do the same—continuing to spread the word, talking to each other about misoprostol, and trying to get their hands on these pills. The women who are accessing the drug in their communities and taking it by themselves have shown us that there are relatively few health risks involved with misoprostol. What began in Brazil as a natural public health experiment has been validated by rigorous clinical studies conducted by international groups such as the World Health Organization and Gynuity. These studies have shown that the use of misoprostol for abortion is very safe, especially when taken early on in the pregnancy; while not as effective as when taken in combination with mifepristone (another abortion pill), misoprostol taken alone will safely terminate 75 to 90 percent of early pregnancies when taken as directed.

Misoprostol has also been proven to have numerous other lifesaving properties, including the ability to prevent and treat postpartum hemorrhage and to induce labor. It is registered in more than 85 countries, usually as an anti-ulcer medication, and is used off-label by clinicians around the world for numerous reproductive health indications. In addition to these clinical uses, we are beginning to see positive public health outcomes from community-based use of misoprostol. In countries where abortion is restricted and women are using misoprostol, we have seen a reduction in infections. And in under-served communities, where women delivering at home are taught to take misoprostol immediately after delivery, postpartum hemorrhage is significantly reduced.

If we have a cheap and readily available drug that can prevent and treat the two largest causes of maternal mortality worldwide—postpartum hemorrhage and unsafe abortion—why have we not taken more advantage of this exciting technology? Given the global attention being paid to meeting the fifth Millennium Development Goal (MDG 5)—that of reducing maternal mortality—it is difficult to fathom why we continue to squander the opportunity misoprostol offers us.

The public introduction of any new technology takes time and is not easy; the introduction of emergency contraception is just one of the latest examples. Reproductive health advocates have been working for decades to increase women’s access to this safe, effective, and non-abortifacient technology. While much progress has been made around the world, the recent action of the Obama administration to prevent full over-the-counter access in the United States is a sad illustration of the hurdles women face in accessing reproductive health technologies. The hurdles we face in introducing misoprostol will be even higher given three inherent characteristics:

The Challenge of Multiple Indications

Misoprostol’s greatest clinical asset—the fact that it can be used for numerous reproductive health indications—also poses enormous challenges for implementation. As mentioned, misoprostol has many uses: to both prevent and treat postpartum hemorrhage, to induce labor, to induce abortion, and for post-abortion care. But these multiple indications pose two major challenges for implementation, one political and the other educational.

The political challenge lies in overcoming the stigma of abortion. A survey we conducted in 2010 of organizations that were working with misoprostol for postpartum hemorrhage revealed that the second biggest barrier to the introduction of misoprostol was its association with abortion. To quote one respondent who was asked about the challenges and opportunities for its introduction: “Hypersensitivity of misoprostol as an abortifacient [is a barrier]. We see this in clinical providers, government officials, even donors—a disproportionate concern that if misoprostol were to be made available for PPH prevention and treatment, it would be used for abortion. This is a major obstacle in accepting misoprostol for other OB/GYN indications—the abortion stigma.”

This political fear is strong, despite the evidence that all indications of misoprostol use are potentially life-saving. And because of this fear, there is a great deal of sidestepping going on as organizations begin to introduce misoprostol at the community level for postpartum hemorrhage while trying to stay clear of its potential use for abortion. “We feel there is tremendous promise for use of misoprostol for [postpartum hemorrhage], so we do not want to jeopardize that application by highlighting the other indications,” said another respondent.

The political controversy only exacerbates the programmatic challenge of informing women, their partners, and their health-care providers of the different doses and the proper timing of administration needed for different indications. This is usually facilitated by the registration and labeling of products in appropriate doses for each of misoprostol’s various indications. But because the vast majority of misoprostol use is currently done “off-label”(it’s being used for an indication other than the one the product is registered for) there is an urgent need to find ways to get women accurate information about how to use it for the different reproductive health purposes. Mobile technologies are beginning to open the information door to some women, but challenges remain. We need to find ways of achieving a broader level of knowledge about correct use, and to help women differentiate between the proper uses for each indication, including abortion.

The Challenge of Competing Against a “Gold Standard”

For both indications—abortion and postpartum hemorrhage—misoprostol is the second best option, up against another drug long considered the “gold standard.” For abortion, the most effective medical abortion regimen is mifepristone combined with misoprostol; when used together, the success rate is 93 percent, and when misoprostol is used alone it is 78 percent successful. Thus, where mifepristone is available, such as in the United States, it is the drug of choice.

In the case of postpartum hemorrhage, injecting oxytocin is the first line of treatment because, when oxytocin is at full potency, it is more effective than misoprostol. But oxytocin, unlike misoprostol, needs to be refrigerated. As a result, the quality of the drug is easily compromised by exposure to heat—a problem in many Global South countries. Finally, the administration of oxytocin requires that the women deliver in a health-care facility, another “gold standard” established by the medical community.

In reality, in many places in the world, we are not meeting these “gold standards,” in spite of decades of trying to do so. Mifepristone is far from universally available, oxytocin stock-outs are common in many places and/or the quality has been compromised, and many women continue to deliver at home, without skilled attendants. In these situations, misoprostol is a very good alternative and even has the advantage of being in pill form, making home use possible and safe.

Which brings us to the third challenging characteristic…

Women Can Use it Without the Assistance of a Provider

Another survey respondent summed it up nicely: “This is a gender issue. Misoprostol faces this unbelievable barrier because it is a drug for women.”

Therein lies both the greatest opportunity and the greatest challenge. Misoprostol has the potential to be a game-changer when it comes to maternal health precisely because it can be used safely and effectively by women themselves. The foremost obstacle to achieving MDG 5 is the weak health-care infrastructures of many countries. Misoprostol offers the opportunity to circumvent this obstacle for two of the three principal causes of maternal mortality—postpartum hemorrhage and unsafe abortion. Yet despite growing evidence that women can safely and effectively take misoprostol by themselves, in their homes, for both uses, health-care practitioners are insisting on controlling access to the drug, viewing it as an important addition to their clinical tool kit and a service only they can “provide” instead of as a pill that can be used by women, to help themselves, with little or no assistance from a health-care provider. The failure to relinquish control over the use of misoprostol not only gets in the way of women who are intent on helping themselves, it risks negating the most attractive aspect of this new technology: it’s self-use properties. To quote another respondent to our survey: “Many people are more concerned about what might happen with an intervention (i.e., side effects) than what might happen without an intervention (i.e., maternal death). In this case, women are more likely to be harmed by omission of the intervention than from any danger posed by the intervention itself.”

Obviously, as we work to make misoprostol available at the community level we need to acknowledge that it is a powerful drug and that incorrect use can lead to serious consequences—such as uterine rupture during labor induction. While some would use this as an argument for placing restrictions on access, we see this as a call to put accurate and comprehensive information about its safe use into the hands of women.

This week policy makers from around the world are gathering in Malaysia at the third Women Deliver Conference to continue to share ways of reducing maternal mortality. Misoprostol is the single-best opportunity to do just that. But the true potential of this simple and cost-effective technology lies in our willingness to abandon our “provider” frame and put the pills directly in women’s hands. Our challenge is to let women be the shapers and the users of this new technology, not the beneficiaries of what we can provide or what we think they need. Can we stop worrying about women’s “misuse” or “abuse” of misoprostol and show that we truly trust women with their own reproductive health care? Let us remember that it was women who discovered this drug in the first place, specifically to circumvent the weakness of the health-care system. Let us give them back this powerful tool and get out of their way.  Our responsibility is to ensure that women have easy access to the pills and all the knowledge necessary to use them effectively and safely.