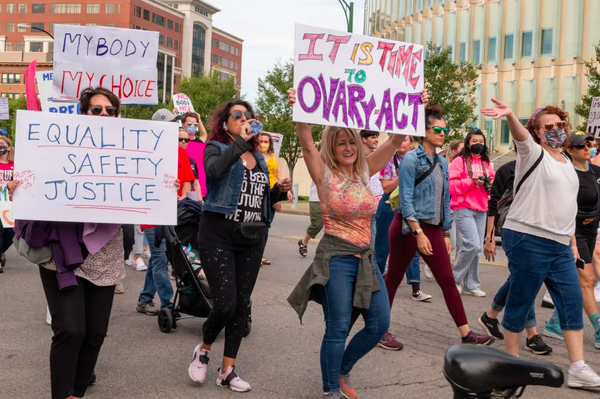 Getting An Abortion In Buffalo

I terminated a pregnancy in my twenties. Decades later, I’m still learning the full truth of reproductive justice.

My boyfriend told me he wanted to keep it—he wanted another chance at fatherhood. He was 45 and I was 20. He’d left a daughter a few years younger than me behind in Dublin. He drank. And I was in fucking college.

At Women’s Health Services on Main Street in Buffalo, NY, there were three women in the tiny room where we had to watch the video—so we really knew what we were doing. I mean, of course we fucking knew, that’s why we were there. But I was shocked that the other women there were already mothers. I thought becoming a mother was the thing you had to be ready for—not taking care of and mothering the kids you already had.