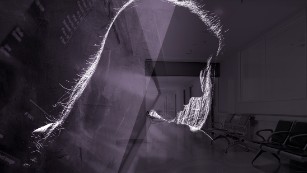 Gomperts suggested in an email that the federal restrictions amount to hypocrisy.

“In direct opposition to its mission — to protect the public health by ensuring the safety, efficacy, and security of drugs — the FDA has so severely restricted access to these safe and effective pills that few doctors are willing or able to prescribe mifepristone and misoprostol,” she wrote.

So through Aid Access, she began prescribing abortion medication to women in the United States last year. It was an outgrowth of her 13-year-old program Women on Web, which offers this kind of service to women in countries where abortion is illegal. The nearly 1,000 emails she’d received from people in the United States seeking help, some so desperate that they threatened to harm themselves, she said, prompted her to broaden her outreach.

“I realized it was time,” she said last fall. “Something had to be done.”

She has consulted “with women in all 50 states and the District of Columbia,” attorney Hearn said in his letter to the FDA. “Of the 11,108 women who consulted with Dr. Gomberts in 2018, 2,581 were prescribed medicine approved by the FDA to induce a medical abortion during the early stages of their pregnancies.”

Of those she’s served, Hearn said, Gomperts is “not aware of a single death, hospitalization or serious complication attributed to the prescriptions she prescribed for her patients in the U.S.”

There are other ways to get abortion pills by mail in the United States, for women who can’t get to or afford clinic visits, but Aid Access is the most affordable option at $95, according to the grassroots group Plan C, which aims to educate women about self-managed abortion. Aid Access also offers the possibility of financial help, according to its website.

Plus, it’s the single source to offer physician oversight, according to a Plan C report card.

Aid Access is the only one of eight suppliers to receive a grade of A.

A 2015 study showed abortions by medication to be about 97% effective. Interest in self-managing or self-inducing abortions is on the rise, according to reports.

In a one-month period in 2017, research published last year showed, there were nearly 210,000 US Google searches for information about self-abortion. This indicates a demand for alternatives, perhaps driven by barriers to clinic access due to financial hardship, geographic distance, fear of being publicly shamed or other reasons.